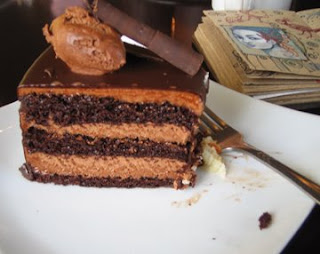 Chocolate mousse and sketching at Filo, a cafe in town that makes the best desserts. 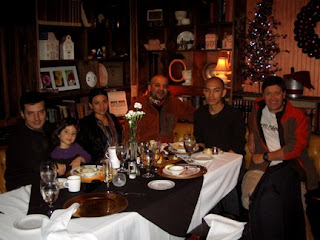 Greg and Andrew left for Tucson today and I'm highly envious. I always look forward to the shows, but since its so close to my deadline, I had to sit this one out. So I'm bummed out, the shopping is sooooo good! Plus all my friends go. Yep, that's me, sounding like a teenager. Aside from moping around wishing I was on the road, I've kept busy working on my book. It's coming along really well and looking fabulous- I think. Anyway, its busy, busy around here! I've been working on some very interesting polymer techniques, which I can't show here, but its pretty cool and I'm bursting to share! I wish I could post everything here, to get feedback, but that's not allowed, so I have to settle for hints. Well, that's it for now!
Posted by Cynthia Thornton at 11:30 PM 5 comments: 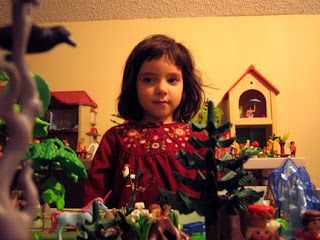 Here's my girl, overlooking our playmobil world. We love the amazing toys from the german toy company, playmobil. Its detailed, sturdy and inspires imagination. Its also good for boys and girls. Its also good for me. I really enjoy making up stories and adventures for our cast of characters. Its very useful for moments when you can't make yourself sit at a desk for another ten hours. Which is why Andrew and I decided to recreate our little world by removing all the pieces, separating them into categories, reassembling the figures, then setting the whole thing up into a beautiful scene. We created an enchanted forest where wizard rabbits concoct magical elixers and lovely mermaids swim in lagoons. Sometimes my girl will tell me elaborate stories, with subplots and exciting endings, where the dragon wins.

I decided to take a break from my rigorous routine to relax. So, I set aside the piles of pmc components, the drawings and everything. I was tempted to get in the car and drive to the coast, just for a day. But I stayed here, thought about my story, which is turning into something bigger than I expected and read and drew in my sketchbook. It was nice. I also felt like a slacker, with my book due in less than a month and Tucson only two weeks away! I just won't sleep tonight. Wish me luck.
Posted by Cynthia Thornton at 12:46 AM 4 comments: 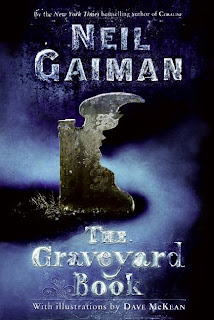 Last week was so depressing, with Grandma's passing, but we've made an effort, at what I'm not sure. Not happy, just comforting I guess. It was nice to have both Andrew and Sheila here, we talked about it, told our favorite stories and then had a party. We invited a bunch of our friends over and Andrew made a huge pot of amazing chili and cornbread, then we drank beer and honey mead. It was perfect. We also enjoyed some American Idol and laughed at the thought of me shaming myself on t.v. We agreed it would be an embarrassment for my family on an epic scale, generations shaking there heads in horror. Its like the time I sang in front of a crowd in a blues bar in Chicago...my face still burns at the memory...ugh. Ah well, that's life, isn't it? I'm chock full of remincing tonight/this morning! I'd like to thank everyone again for the comments and cards that were sent our way, it was really nice and I felt loved. How could I not appreaciate that? Thanks, y'all, you're the best.
Posted by Cynthia Thornton at 4:27 AM 7 comments: 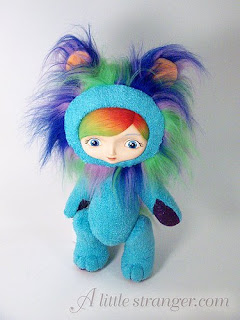 Look at this cute and cuddly creature! It's made by Holly Stanway, a very talented toy artist. I've asked her to make me one, we shall see what she makes this spring!

I slept most of the day and spent the rest of it distracting myself from being sad, like thinking happy thoughts (like of my dolly that's coming) and drawing in my sketchbook. I wasn't focused enough to do anything useful, because today my Grandmother died. We found out this morning and I responded by staying in bed. It just seemed easier. I went through the rest of the day, trying for normal, but always having a lump hitched in my throat, threatening to spring forth with gallons of tears. We knew it was coming, so I suppose that makes it easier, but it seems strange and unreal. Its hard to imagine her still, when she was always busy, always working on something beautiful, cooking the best pumpkin pie youv'e ever tasted or sassing a complete stranger (or me!). She was a spry country lady, full of energy and always ready for a game of cards or fishing for perch. I learned how to quilt, fry fish, make chicken and dumplins, grow roses and a whole assortment of useful things. I will miss her laugh, which was always close and her hillarious stories that never ceased to cheer me up. Today has seemed grey and colorless, which fit my mood exactly. I imagine she wouldn't have liked all that laying about and moping, preferring that I at least clean the house or make a cake in her honor (she did not approve of languishing, no matter what your excuse). So tomorrow we will feast and toast in her honor, make food she wouldv'e loved and we will tell her stories.
Posted by Cynthia Thornton at 11:25 PM 17 comments: 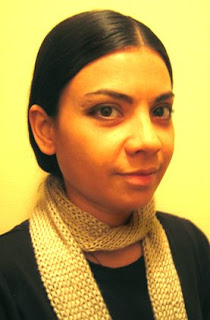 Hey folks! Here I am, posing with my scarf, because I couldn't talk Azalea or Sheila into standing around while I took pictures. This soft and cuddly scarf was cranked out on the fabulous knitting machine using a pima cotton and silk yarn. I need to make a cacoon out of that stuff and hibernate for a week when this book is done. I'm dreaming of a long trip, on a tropical beach, with my art supplies and lap top.....paradise. I'm making lists: of places i want to go, doll clothes I want to make, dolls I want to paint, doll houses I'm going to build, all before starting my next project, which is a secret. And its not that I'm knocked up.

That hollow-eyed look I'm sporting in the pic is due to either my new diet of coffee, saltines and dried strawberries or from sniffing shrink film fumes as its coming out of the oven. Its a toss up. I hope Andew gets here soon, I need some of that filipino mothering he was talking about.

I just finished the introduction and started the chapter on inspiration and design. The writing is coming easily, although its mostly scrawled all over drawing paper and I have to type it out. I hate typing as much as I hate folding clothes. I'd rather clean toilets or the kitchen three times rather than tackle my laundry. Anyway, this pile on my desk and surrounding me on all sides is beginning to look like a book! I like writing and will probably be sad when it's finished. I better have something lined up, it won't do to have too much free time!
Posted by Cynthia Thornton at 10:16 PM 7 comments:

Hello! Look at the fun being had by my sis Sheila and our good friend Laura (of Talisman)! Laura brought this cool knitting machine for Azalea (who can be heard singing the theme song of Scooby Doo in the background) and its been in motion non stop! It takes like 20 minutes to make a scarf! Unbelievable! My love for A.C Moore grows everyday, such amazing finds. Today I picked up more yarn and a doll trunk for my Ellowynes for only 20 bucks! I know, awesome. I can't wait to customize it with fabric and some painting. Of course, I have to go back tomorrow to get one for Azalea!

That was my break from working my buns off! I mustv'e fooled with a hinge to a locket last night for hours, trying to design one that moved smoothly and was easy to make. Finally, after struggling all night with flawed designs, I came up with the perfect solution as the sun was just peeking over the mountain. Such relief. Anyway, it's really good and will make my book worth the money with that bit of usefulness. O.k. I think its my turn to crank out a scarf!