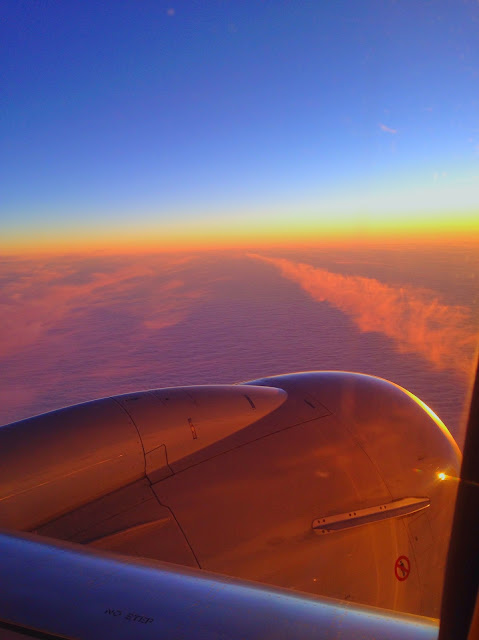 Somewhere over NC in the early morning.
Hey everyone! I've been home for about five days now ( most of that time laid out with some virus that sapped my life force).  I have a few thoughts I'd like to share. The first is that I've heard that it's sliding downhill and fast by more than a few vendors and I've heard a lot of the various ideas on why:
1. It's too long. Many of the shows are 9-14 days long.
2. People just aren't coming. Travel is too expensive.
3. The stock market. The big buyers don't have that disposable income anymore.
4. Too many shows, too many choices, the pie is being broken into too many pieces.
Ok, I don't know which is the most true answer, but it's definetly not what it used to be. In the best days, the shows were short and sweet, there were loads of parties (we used to throw them ourselves) and the shows were packed with people from all over the world. It was  always a crazy time of year, one that everyone looked forward to, mainly because all the money that could be made, but also since it was like a worldwide bead buddy reunion. It was a point where FB friends would finally meet, where long time board friends could catch up and where you'd get a drink with those folks from Austria, because everyone went to Tucson in February.
This year, it was quiet. It felt a bit worn at the edges, a little bedraggled. Of course, I might have just described myself by day three! This year, To Bead True Blue lasted nine days. I have no idea why, my guess is to sell hotel rooms, but anyway, by day five I was ready to leave and go shopping. 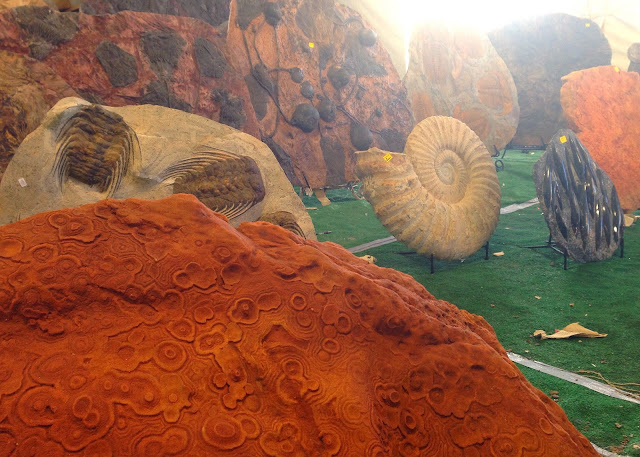 These specimens are huge! That ammonite in the middle was bigger than a hubcap. I can't get enough of sparkly minerals. I remember one time when I was into carving rocks, I had Andrew help me haul rough stones and he brought a backpack and we stuffed it full to bursting, so he walked around like a hunchback. Man, I did get some super nice labradorite gems that time. 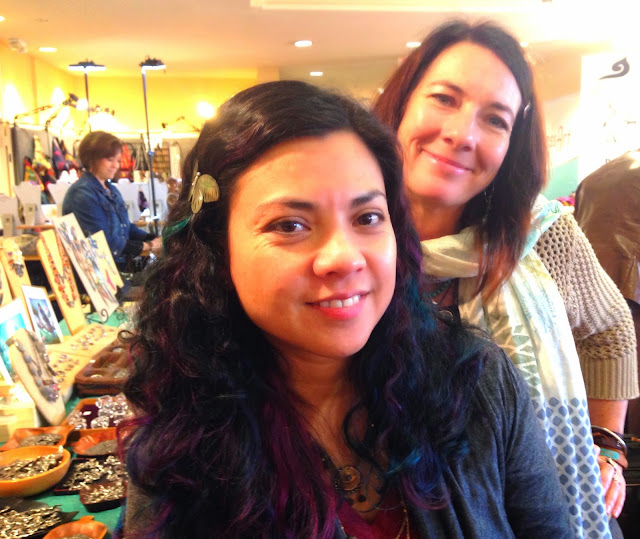 A nice selfie of me and Diane. If I didn't have her with me, I'd have laid down and died. Math! Customers! At the same time! Ack! Ok, it isn't well known, or maybe it is, I'm not much of a 'customer service' person. It's not that I hate to sell, it's just that sometimes I'm not overly fearful of discussions at the table. Meaning I talk a lot and stand around looking at what folks bought in the other room, maybe start showing a new beading technique I discovered....and pretty soon it's a sewing circle behind the booth. It's fairly common for folks to have their 'piles' and eventually they get checked out. If I have Diane, I can talk all I want and she takes the money! It's brilliant. Let's just say when she left on day five, was a hard day for me. 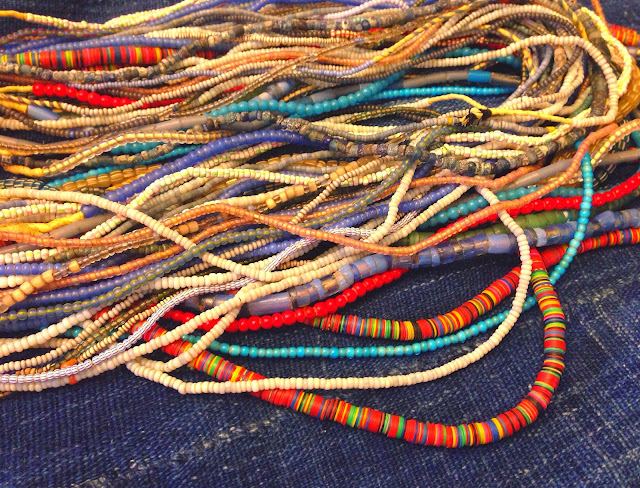 One of my hauls from African Villiage! Why yes, I am into antique seed beads, can you tell from this picture? Also not afraid of the hand woven indigo dyed shawls ( I have plans for those.....). 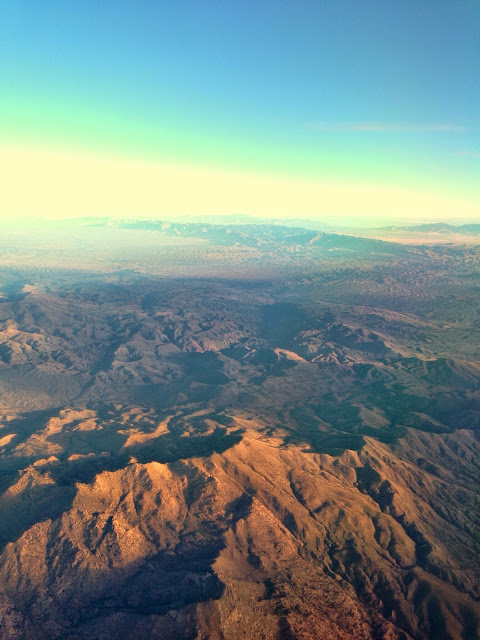 To wrap this up, I won't be returning to The To Bead True Blue Show next year. It's too long. Nine days? Even six is stretching it. My tolerance is 4, maybe 5 days if I have buddies. We did ok, as far money, but that is a long time to stand around, me missing the kids, thinking about all my projects piling up. I would rather just go to shop, but that's for the future.
I love going to Tucson. I really do. But for us, a lot of the reason (aside from cash) for going is making connections, meeting our favorite customers, seeing old friends and of course, making new ones. I mean, if it were just about money, we'd make more by staying home, since then I couldn't go shopping!
Anyway, I'm dreaming of the way Tucson used to be. I have an idea, but I think I'll wait a bit before sharing.
Posted by Cynthia Thornton at 3:50 PM 5 comments: Links to this post